Inspired by the past to build a better future.

Completed in 1916, the Fuller E. Callaway home was designed to flow gracefully into its gardens—a series of dwarf boxwood parterres, which have adorned the terraces of the hill for more than 175 years and is one of the best preserved 19th century gardens in the country. The classic lines of the 13,000 square foot home have now silently watched over the beloved gardens for over a century.

Envisioned in 1841, the boxwood gardens were designed and nurtured by Sarah Ferrell. For over half a century Sarah planted six terraced gardens including native and exotic plants from nurseries far and wide. Until Sarah’s death in 1903, Ferrell Garden’s gate was open to anyone who wished to enjoy it. Couples courted in the secluded bowers at the end of Lover’s Lane and town children played in the whimsical boxwood maze.

The gardens left a lasting impression on one of the town children, textile magnate Fuller E. Callaway. Fuller spent time with “Miss Sarah” as a child learning about the gardens and in 1911, purchased the property with his wife, Ida Cason Callaway, to build their family home. Designed by renowned architects Neel Reid & Hal Hentz, the house was designed to complement the gardens. 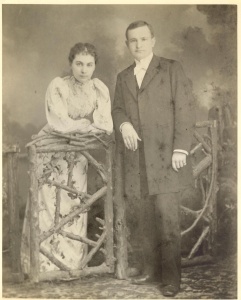 Named by the Callaway family for its sunny hills and shady dales, Hills & Dales Estate was nurtured by Ida Cason Callaway until her death in 1936. Following Mrs. Callaway’s death, her son Fuller Jr. and wife Alice Hand Callaway inherited the home. They moved in with their two children and Alice responded to the land just as the two women before her.

Alice and Fuller Jr. cherished their life at Hills & Dales. After Fuller Callaway Jr.’s death in 1992, Alice devoted much of her time to restoration of her home and the upkeep of her gardens. Alice Hand Callaway passed away in 1998, and by that time she had nurtured and cared for Sarah Ferrell’s garden for 62 years—as long as Sarah herself.

Just as Fuller Jr. and Alice had envisioned, the estate—preserved now by the fourth generation of the Fuller E. Callaway family—is open to the public for the education and enjoyment of the community. Guests are invited to learn more about the Callaway legacy of stewardship.

As you stroll the well-trodden paths, descend the terraces, sit in the seclusion of the rose bowers, or pause to gaze up at the magnificent home, you are always in the presence of three remarkable women who made Hills & Dales a home and its gardens a national treasure.

To learn more about the history of the Estate browse the newsletter archive.