These wonderful 1916 photos of the Callaway home were taken by photographer and Macon native, Thurston Hatcher, or as he was frequently called T.R. Our 2021 photos were taken by local photographer Shannon Belletti. Use the sliders below to see how the home has changed over the years.

The dining room is a visitor favorite as it is the only room in the Fuller E. Callaway home that contains all of its original furnishings. A few objects untouched by time include a polychrome ceramic bust of St. George on the mantel, a studio copy of Raphael’s Madonna and Child over the credenza, and a pair of English silver plate candelabras from the late 1700s. 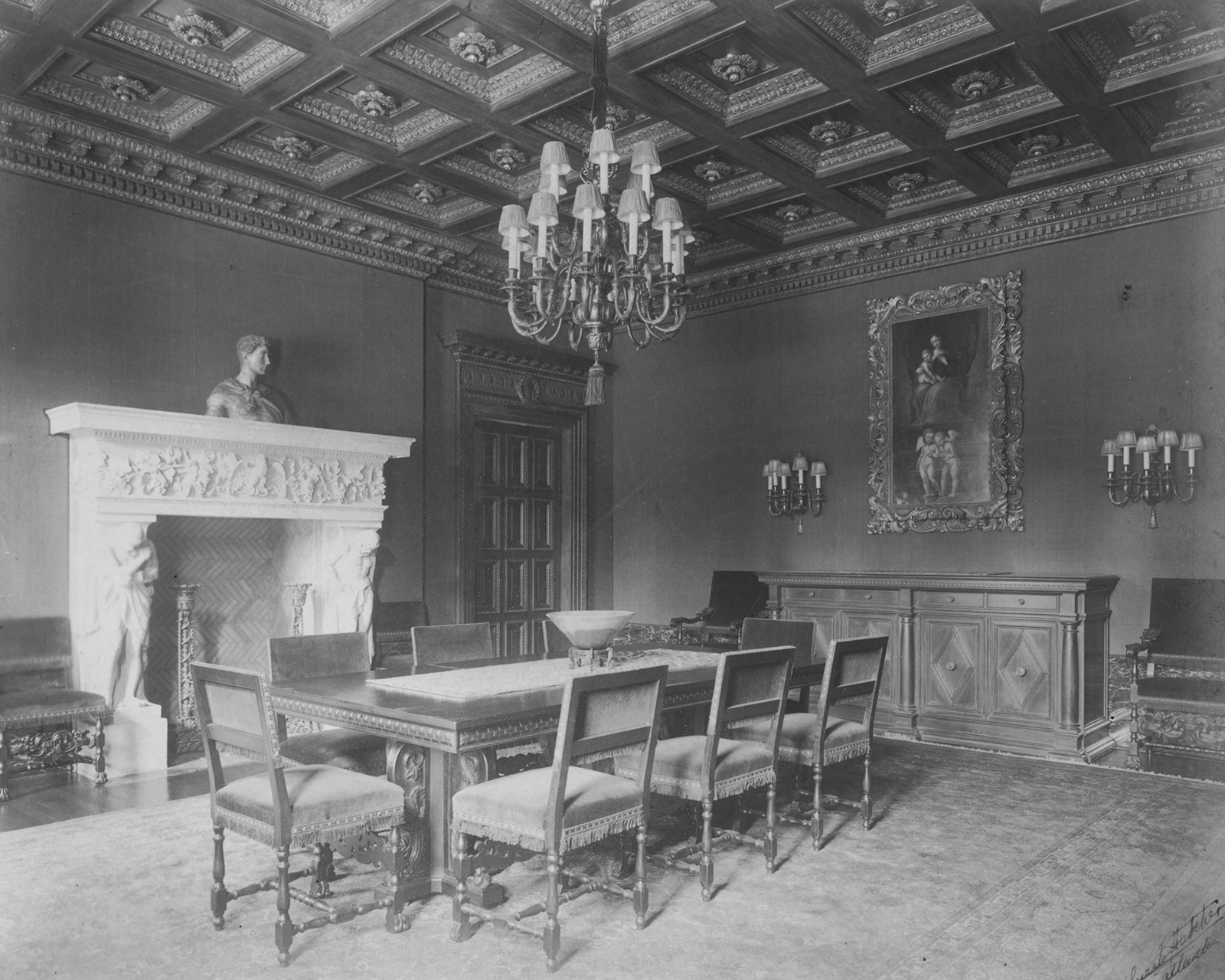 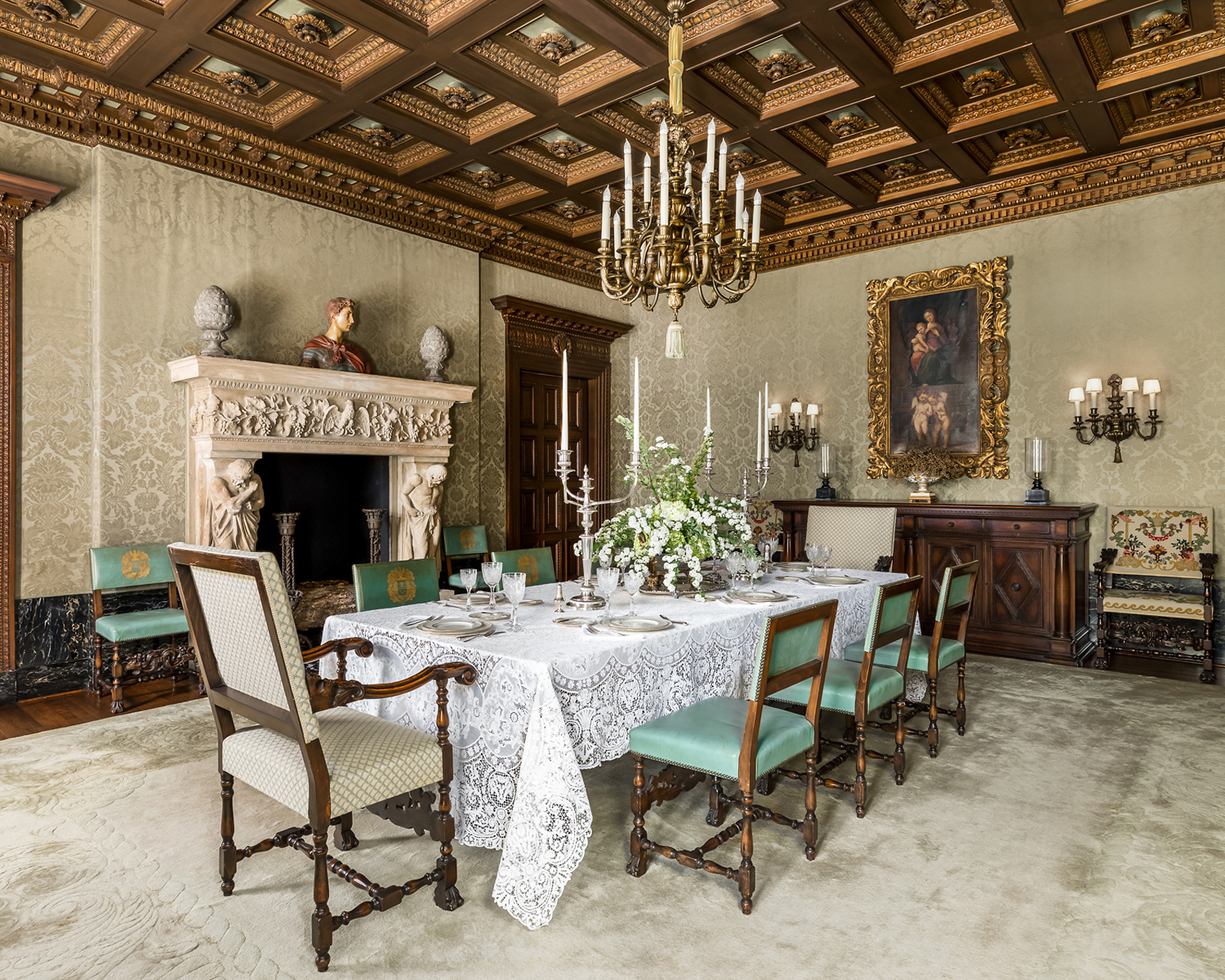 This bedroom has served multiple purposes throughout the years. Evidence suggests this room was originally used by Mr. and Mrs. Cason, Fuller Sr.’s in-laws. When Fuller Jr. and Alice’s daughter, Ida, was a young girl, this room served as her bedroom and she continued to use it throughout her teenage years. In 1967, the room was redecorated to become a guest bedroom. This is the only upper-story room in the house with a door that leads outside, providing access to a terrace with lovely views overlooking the gardens. The original four-poster bed, table, and mirror that were in this room in 1916 were later moved to another bedroom of the home. 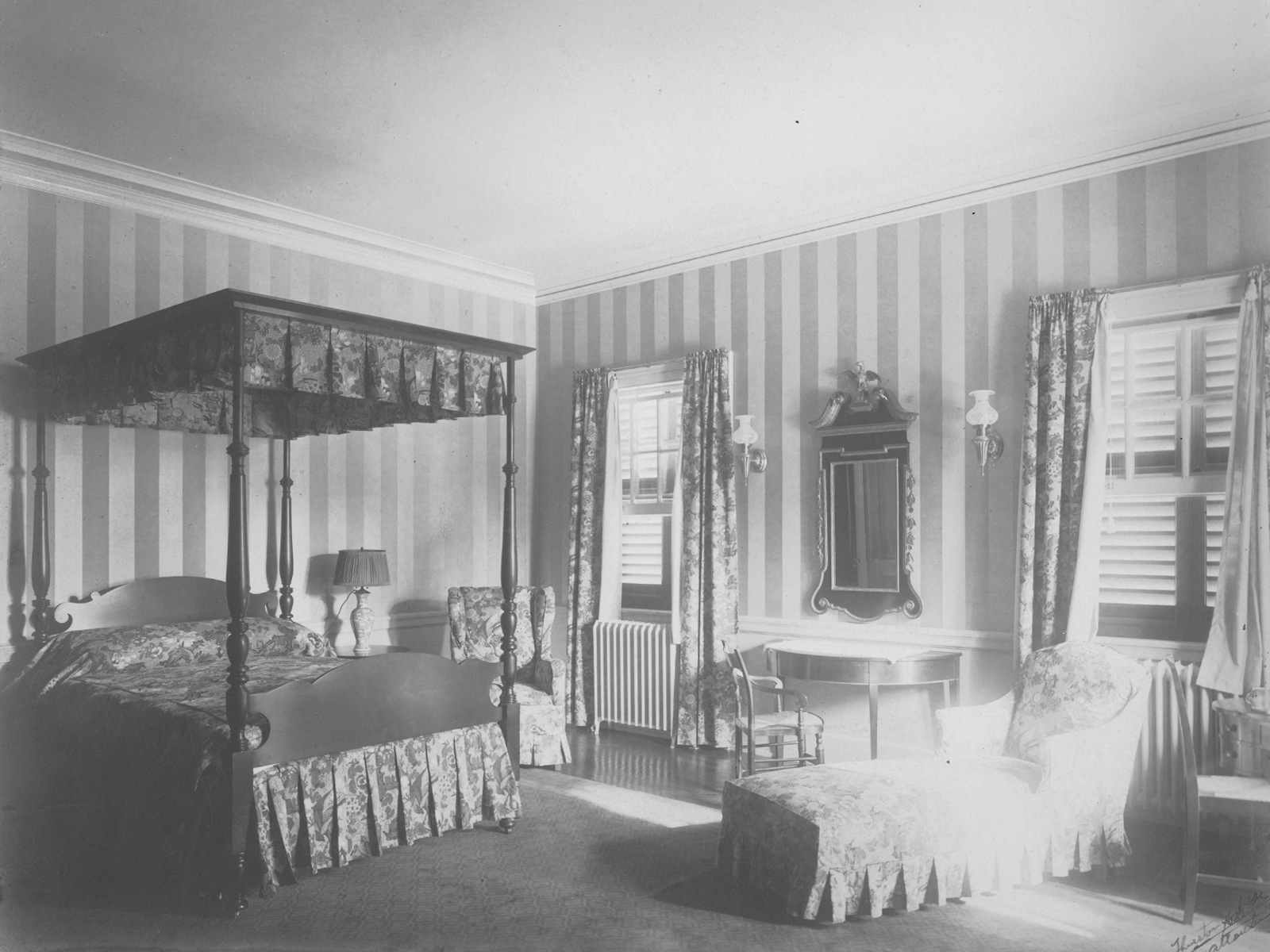 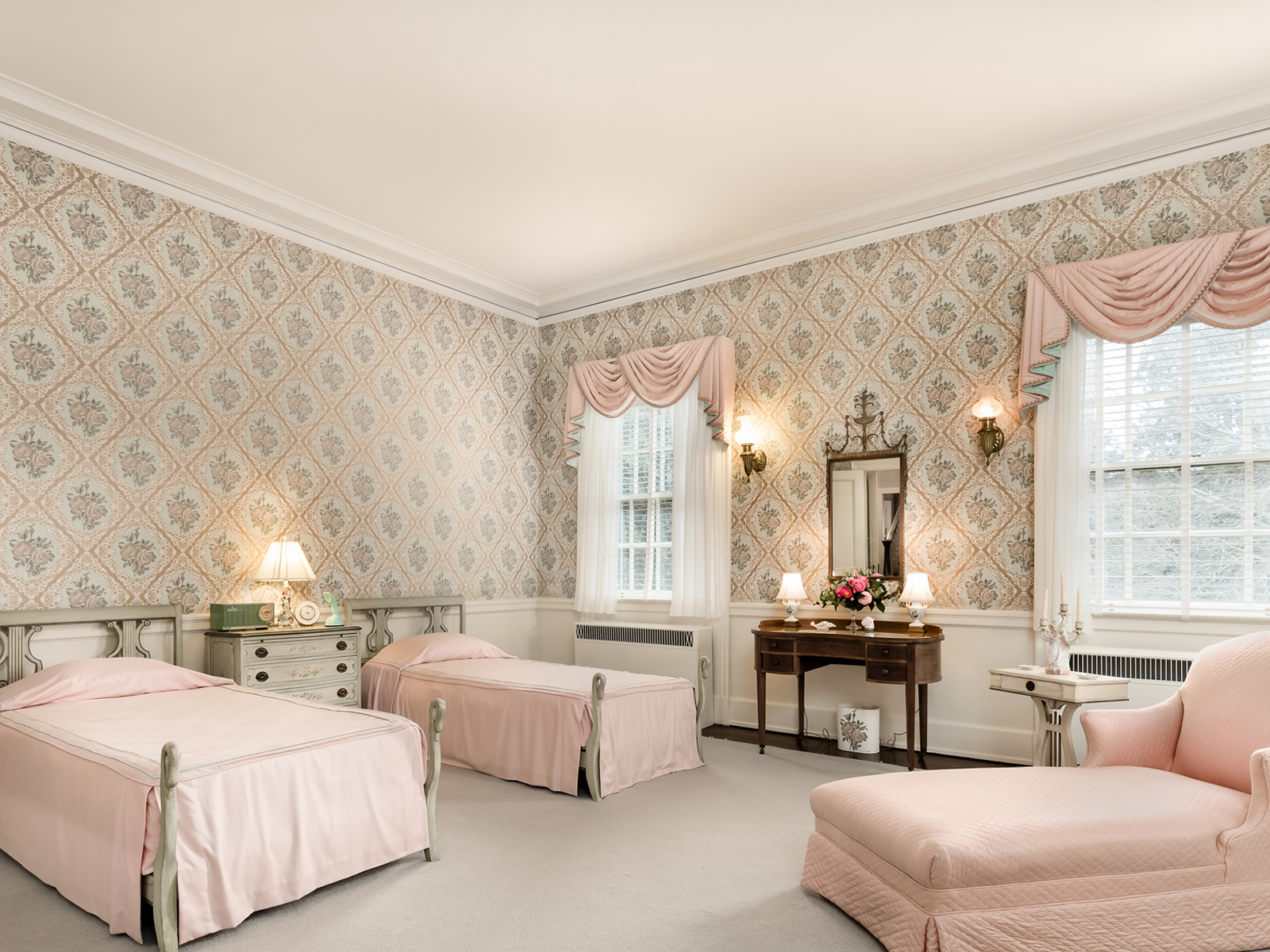 There is a tendency to believe historic places never change, but nothing could be further from the truth. The chandelier and the portrait of Fuller Callaway Sr. haven’t moved in 104 years, but other furnishing were moved to nearby locations when the room was redecorated in the 1970s. While the library has changed, it still has the warmth of a well-loved room. 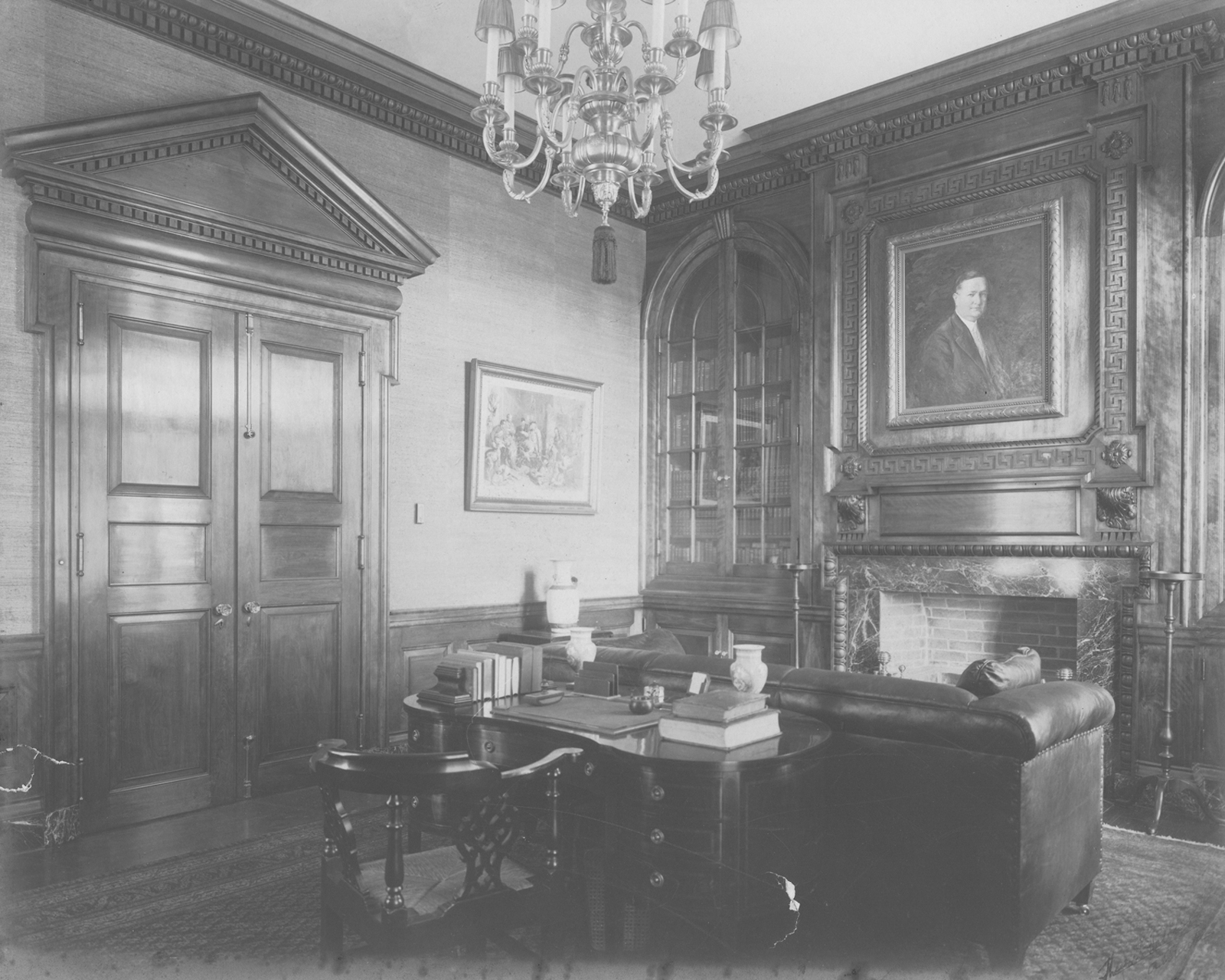 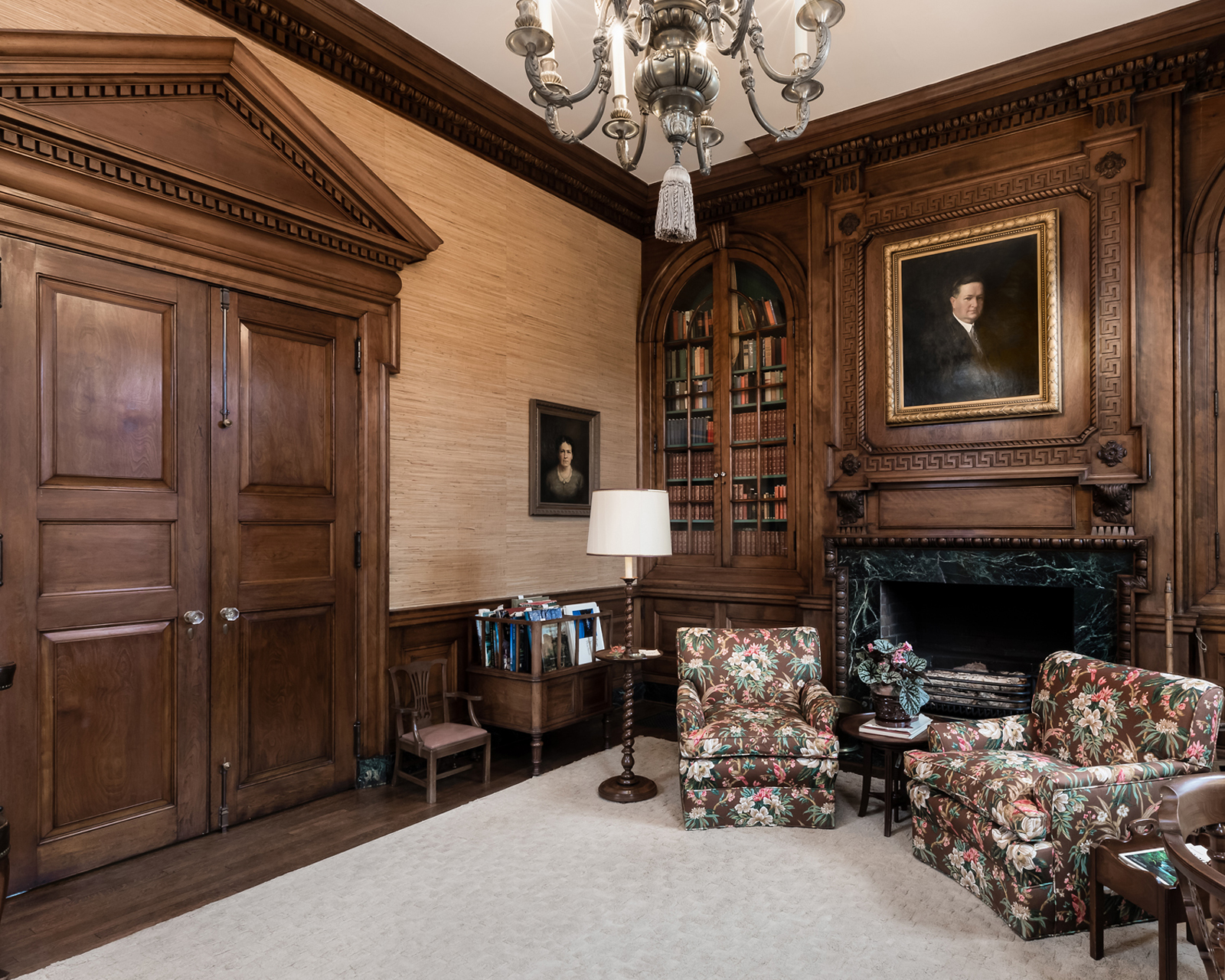 The drawing room in the Callaway home was converted to the music room several years after Fuller Jr. and his wife Alice took up residence in 1936. While it is still formal, it now features a wonderful 1948 Steinway baby grand piano. The original furnishings were relocated to the rear stair hall and Mrs. Callaway’s bedroom. It’s such a lovely room you can almost imagine the room filled with music from the likes of Glenn Miller and Benny Goodman. 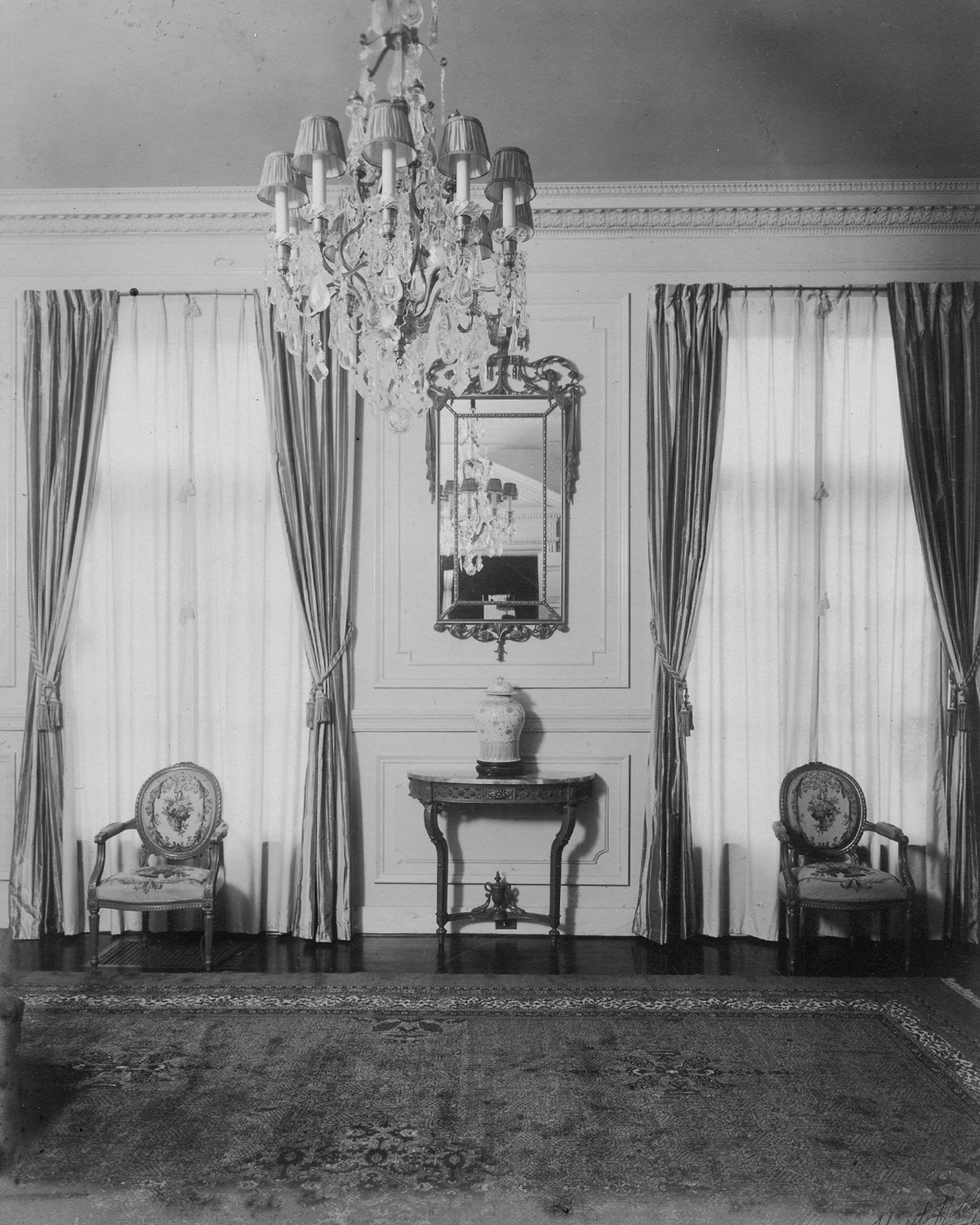 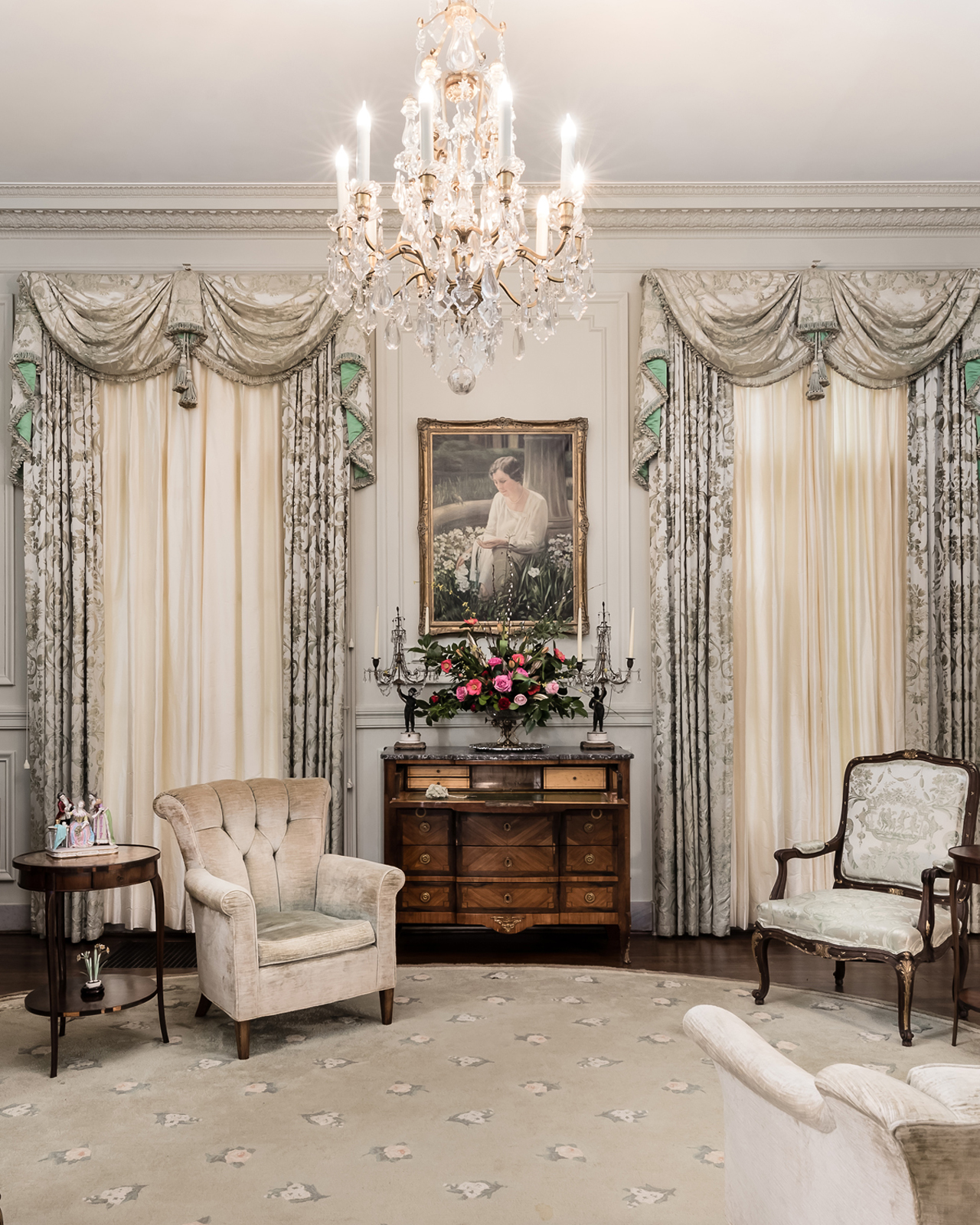 Walking up the steps of the main staircase in the Callaway home is no less grand today than it was when the home first opened in 1916. The landing features a grand floral arrangement with flowers from the garden in front of Adah Awtrey’s lovely impressionistic portrait of Ida Cason Callaway. 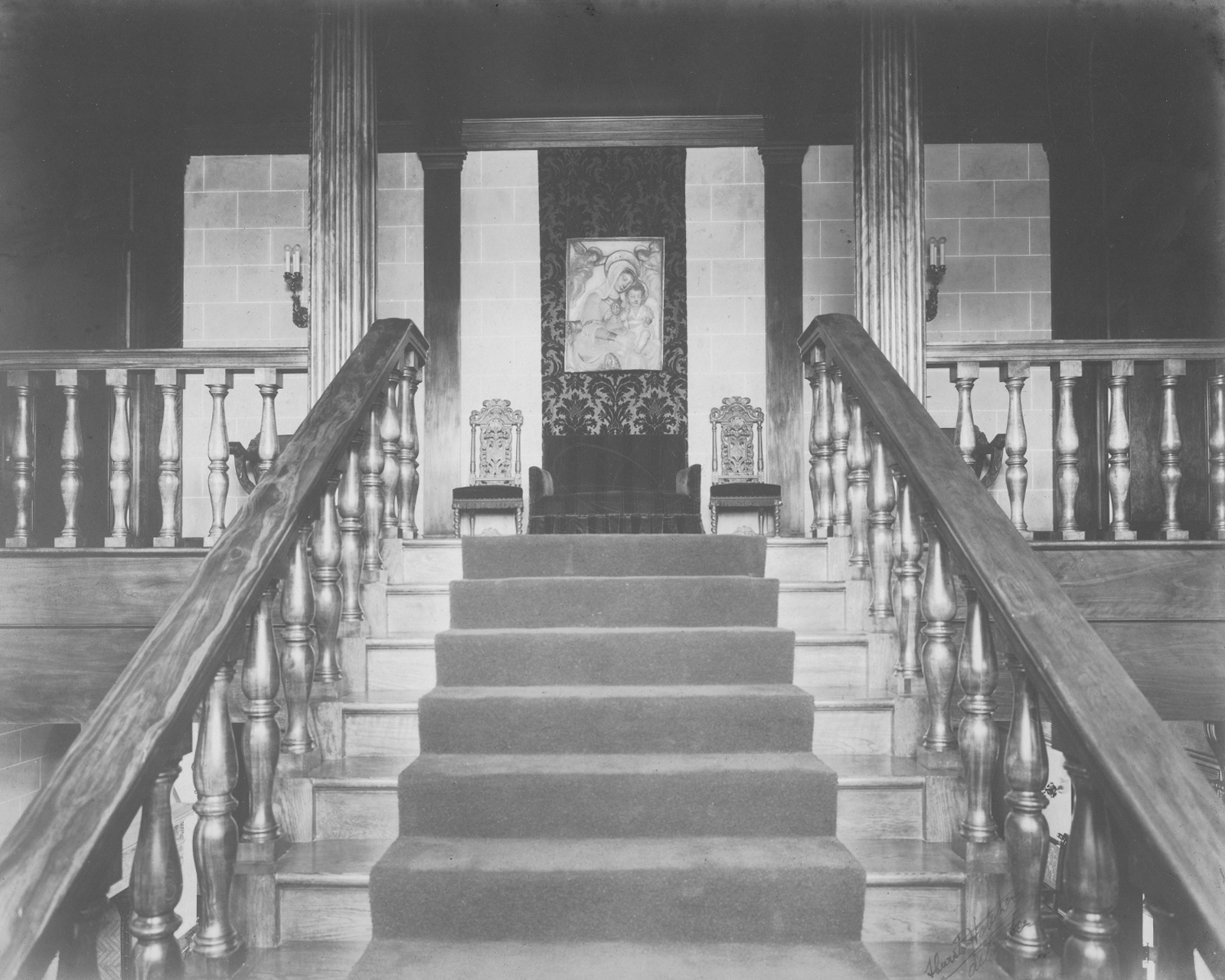 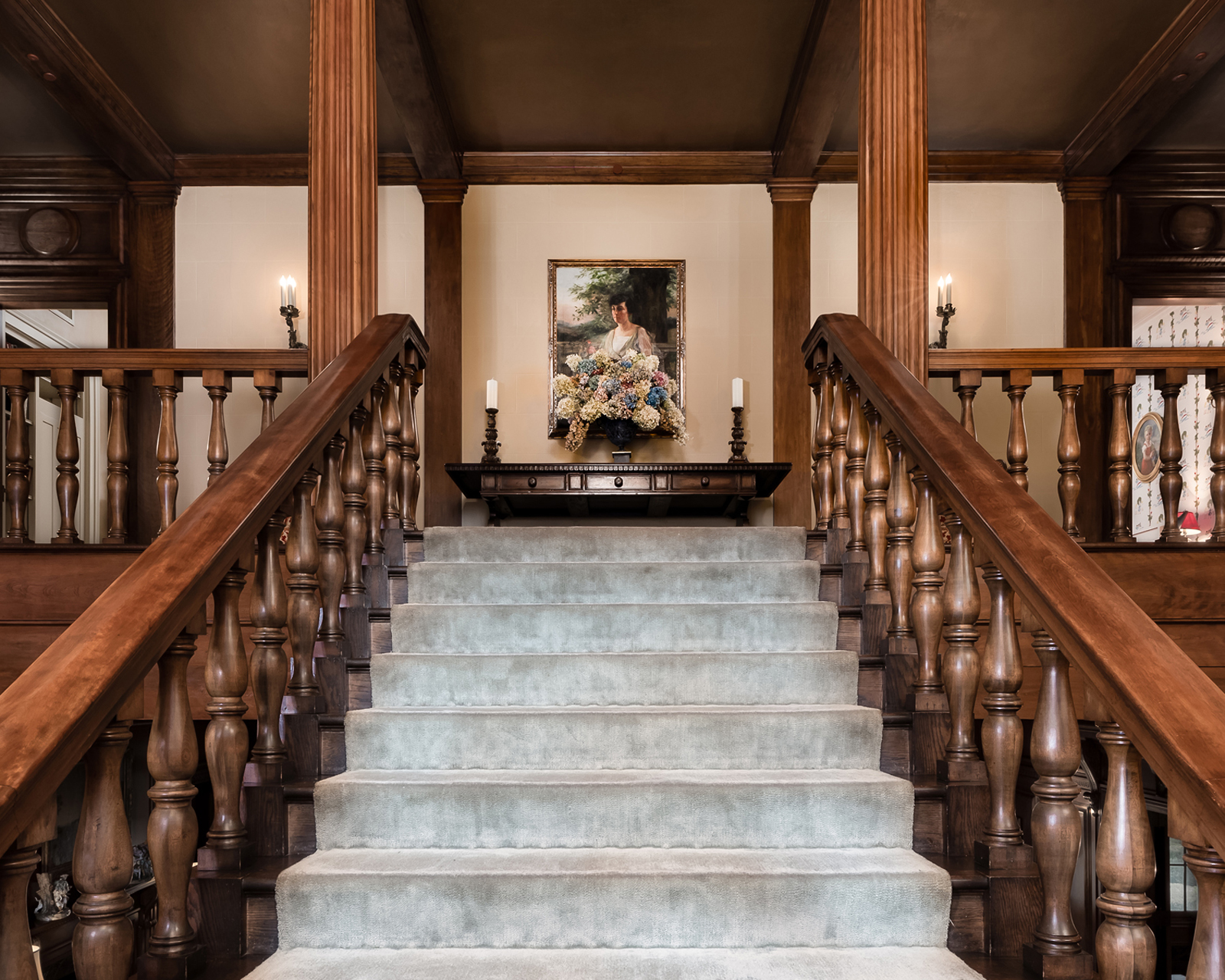 The Callaway family used the living room as an event center in the home, where they gathered for joyous celebrations and times of sorrow. They held Bible study and evening prayer service in the living room nightly, and on Sunday afternoons Fuller Sr. sat in the living room and talked with his family and guests. Fuller Jr. was free to go out and play but preferred to remain in the house and listen to his father share memories and tell stories about people. 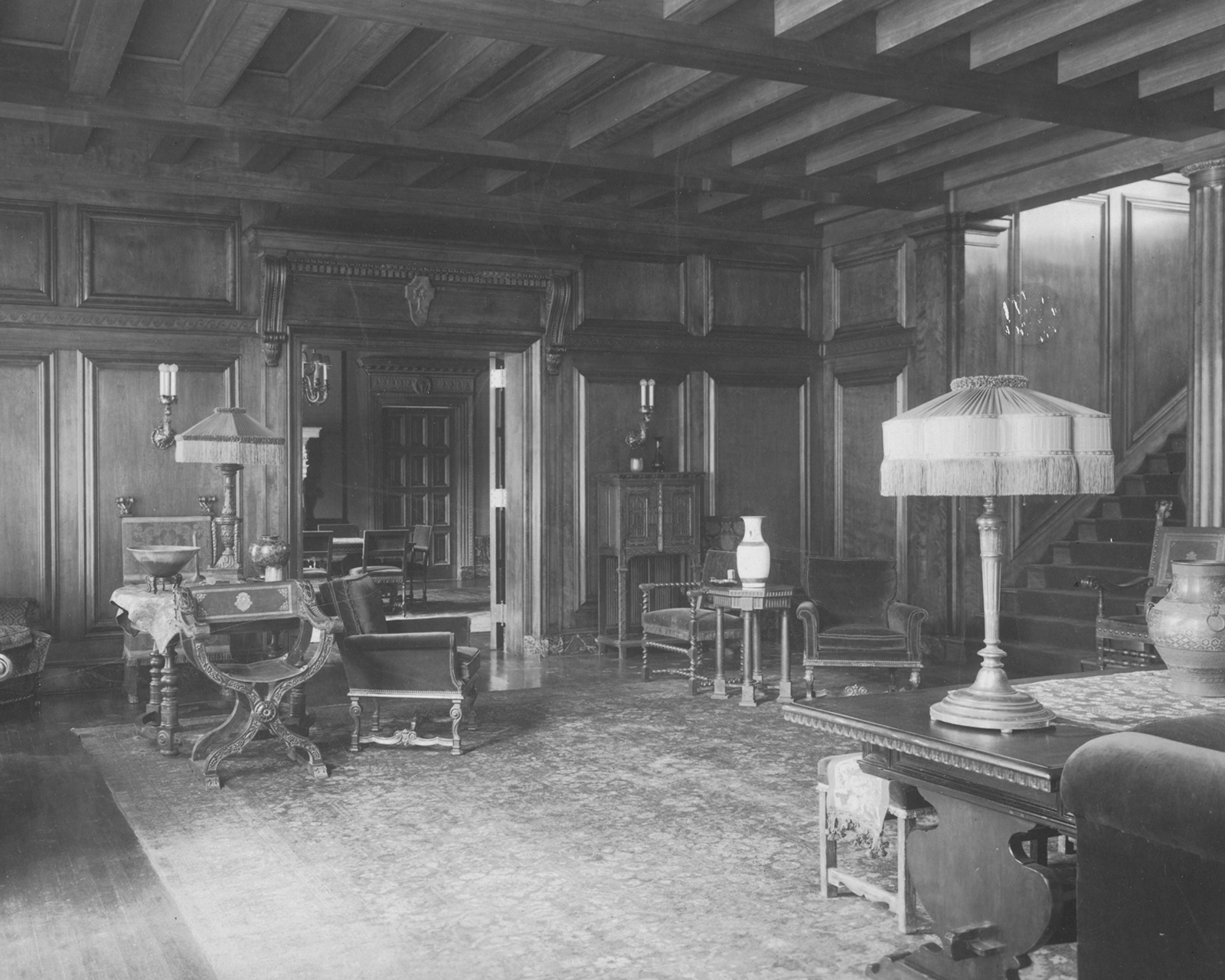 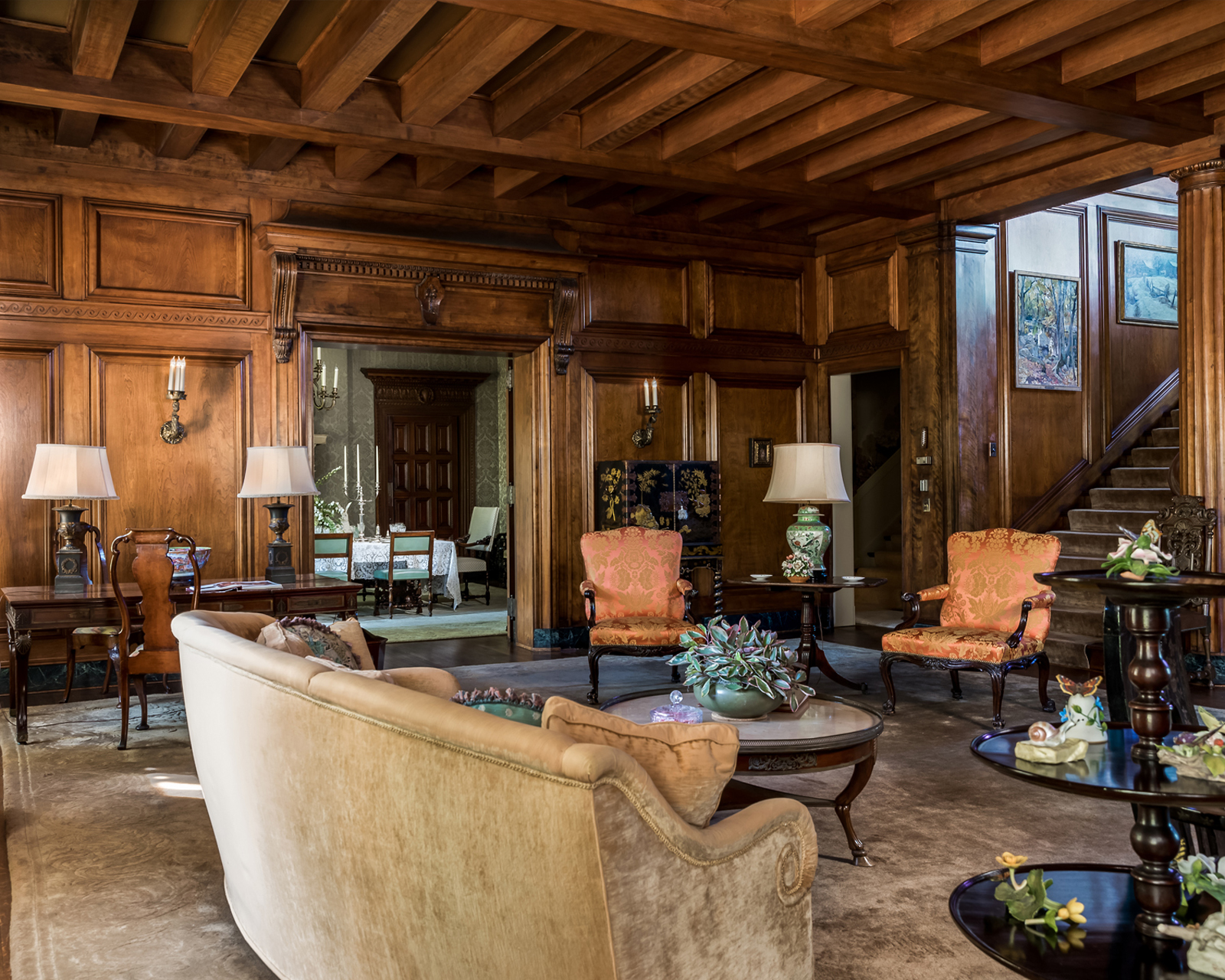 In 1948, Fuller Jr. and Alice hired Atlanta-based interior designer Sally (Sarah) King Small to make furnishing recommendations. While numerous alterations were made throughout the house, the living room changes included new furnishings, draperies and a hand-tufted wool rug custom-designed by V’Soske of Grand Rapids, Michigan. The porte cochère entrance, which was periodically used as a secondary entrance when the Callaways were entertaining, can also be seen in the images. One special feature of this area of the home includes a drinking fountain hidden behind a small door. 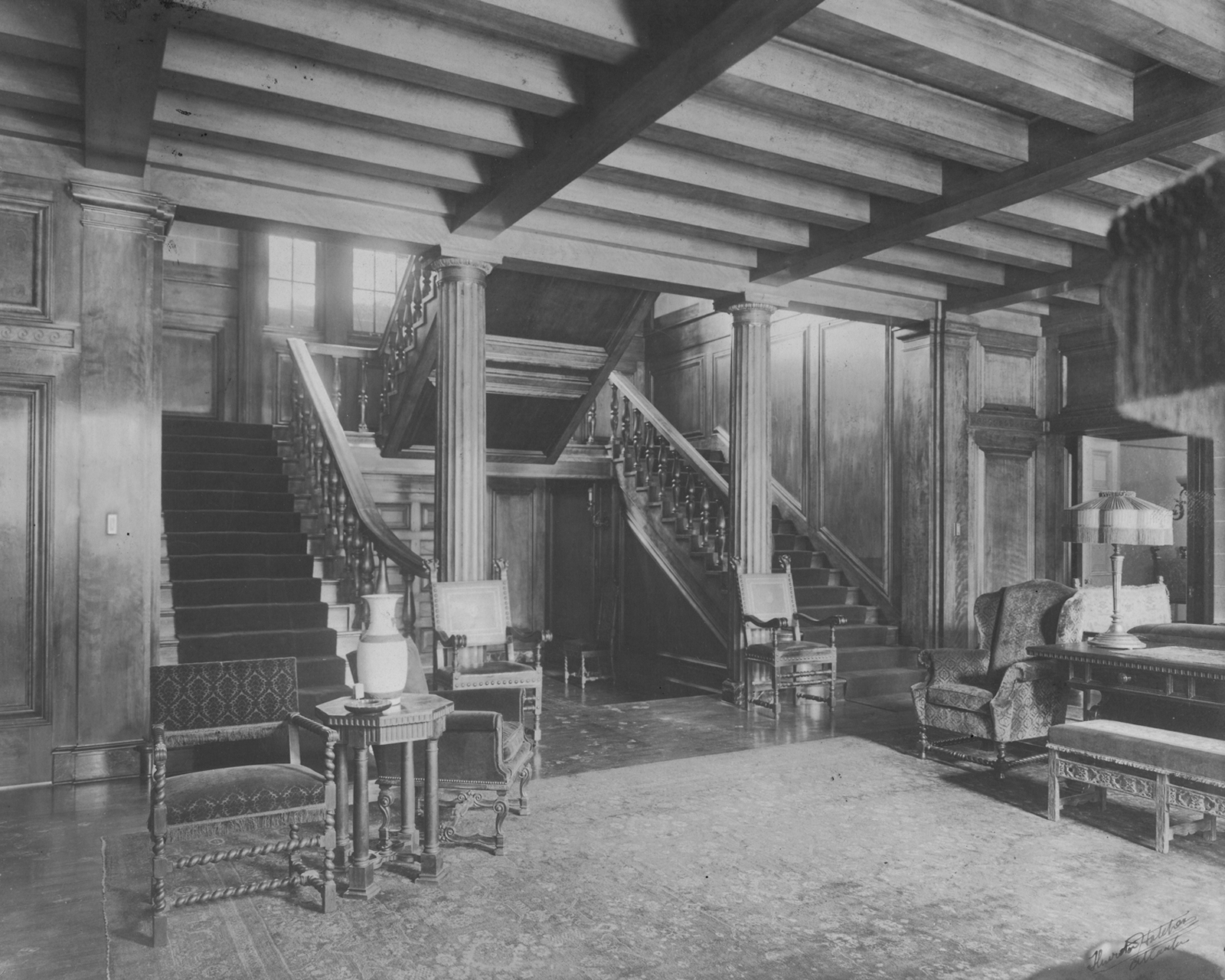 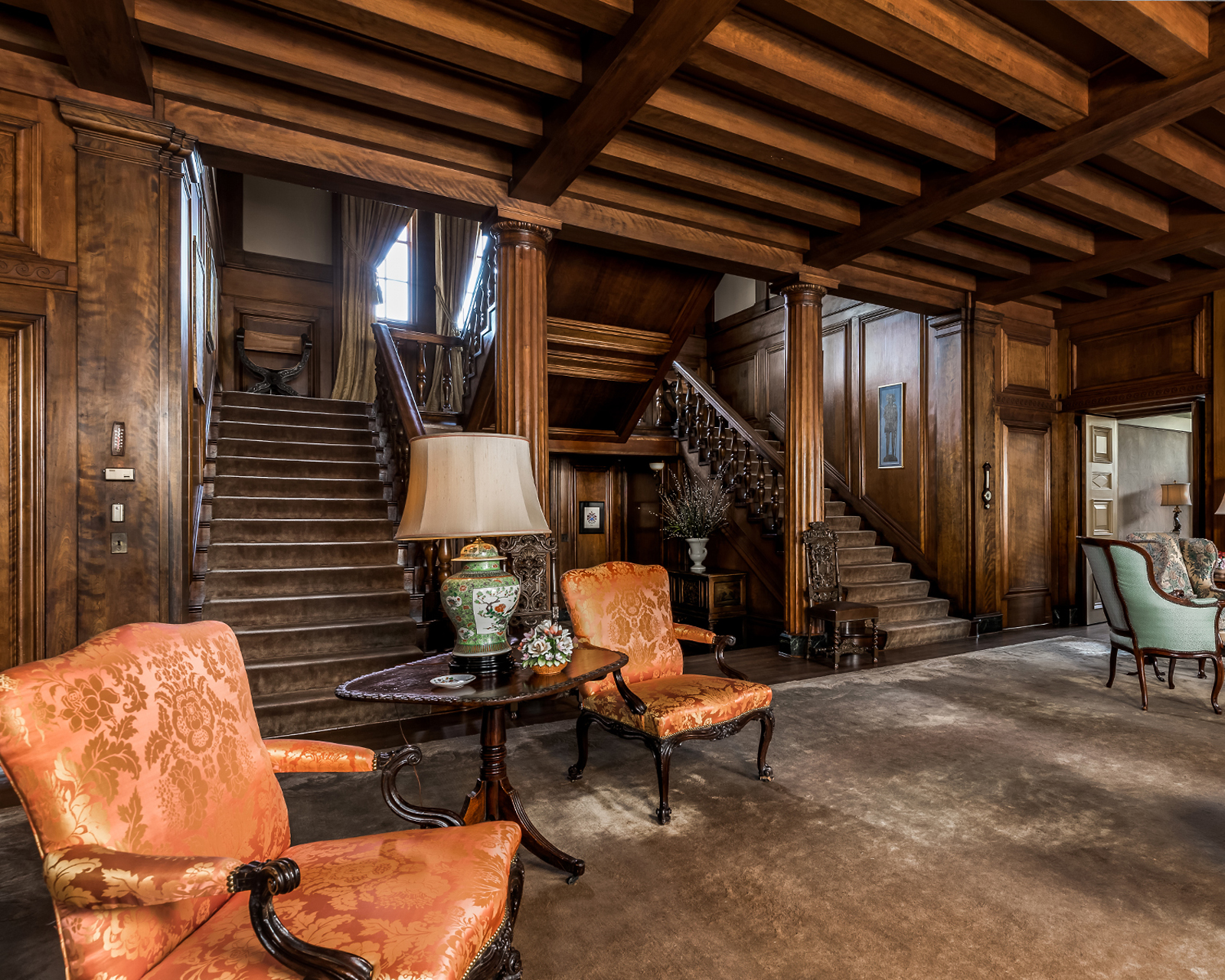 While the main architecture of the living room hasn’t changed since 1916, Alice and Fuller Jr. decided to make interior design changes in 1948. The most significant change in the living room was the removal of the faux stone fireplace surround and cast stone mantel, which were replaced with a simple wood mantel and paneling that matched the rest of the room. These changes were designed by Philip Trammel Shutze, who had worked as an apprentice architect under Hentz & Reid and went on to design the well-known Swan House in Atlanta. Alice added the custom-made Saybolt and Cleland sofa in 1948. It is modeled after the curved stone bench in the Sunken Garden where she fell in love with Fuller Jr. 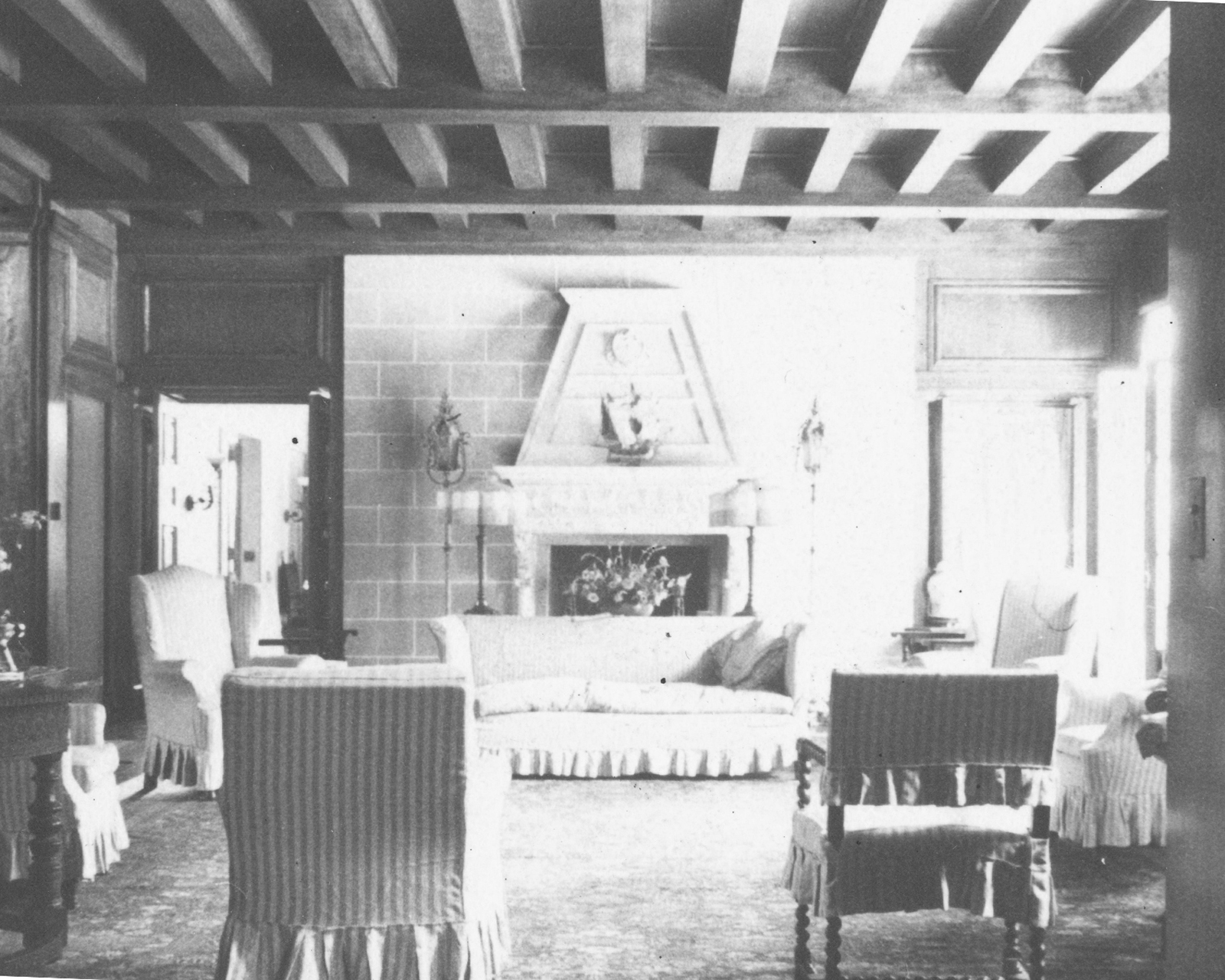 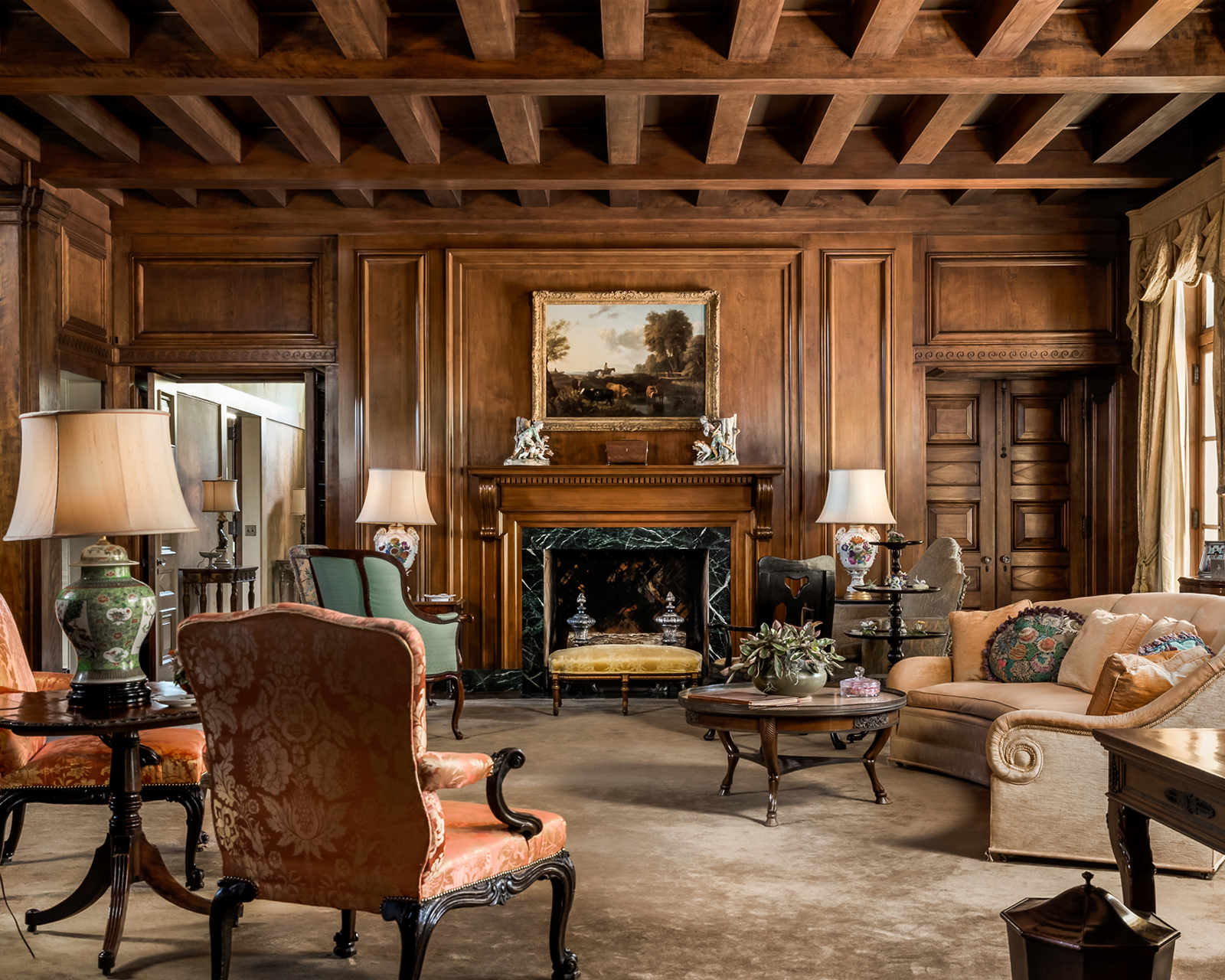